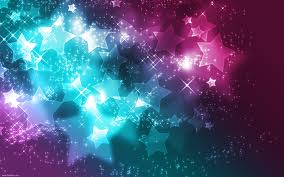 This year instead of making outrageous New Year’s resolutions that seem to fall by the wayside faster than butter melts off steaming hotcakes, I’m simply declaring that this will be an ACCEPTIONAL year.

Don’t get me wrong. Last year was great. I accomplished many things and grew in ways I’ve never grown. Like from religion to spirituality. PC to Apple. MLB to NBA. Regular yogurt to Greek. I successfully kept several areas of my home clear of clutter, which has always been a challenge. I even traveled abroad. Okay – only to Victoria, BC, but it was across foreign water so I’m counting it. Yes, last year was great.

I’ve admitted I’m a recovering perfectionist – almost perfectly recovered. Yet, after years of rehabbing with self-help tools and taking large doses of my own coaching medicine, I found myself re-walking the “I’m not good enough” path in 2011. No matter how many awesome things I’d do, or want to do, see, or have, I often fell victim to following them up with “except-shun-all” thoughts, like:

• I made a fun video, except the music track was off (so it’s obviously not good enough to watch).

• I have a million things to write about, except nobody’s going to read it.

• I’m creative and talented in many areas, except I often don’t finish things so my creativity doesn’t count for anything.

• I’d love to keep working on this, except I can’t be late for that.

• I want to get involved in this, except I’d have to know how to do it before I start.

Byron Katie calls these “limiting thoughts and beliefs” and “fighting with reality”. The reality is, every part of these thoughts that follow the word “except” are just bald-faced lies. Stories I make up that allow me to shun all that I really am and give up before I get started. (Which begs me to question myself, ”with all these stories, how can you possibly ever have writer’s block!?”)

Whatever you want to call these thoughts, they can kill a good joy buzz faster than a texting teenager in a tailwind.

Being a true proponent and preservationist of a good joy buzz, I decided I needed to make an easy but uber-affective change, so my New Year’s declaration seemed not only necessary, but inevitable.

No more fighting with reality.

No more “except shuns”.

• I made a fun video, AND the music track was off. (That’s the reality about the video, not me.)

• I have a million things to write about. (That’s reality; people will read if they want to.)

• I’m creative and talented in many areas, AND I often don’t finish things. (So what? The Sistine Chapel was unfinished, and everybody still loved Michelangelo!)

• I’d love to keep working on this, AND I can be late for that. (My choice, my consequences.)

• I want to get involved in this, AND I can start without knowing how to do it. (Really – how else will I learn?!)

Have you been practicing the art of exception? Are you ready to get a good joy buzz on? I invite you to join me for an ACCEPTional 2012. Make your declaration today. Better late than never (I love and accept that about you!). You have nothing to lose, except maybe a bunch of stories and bald-faced lies.